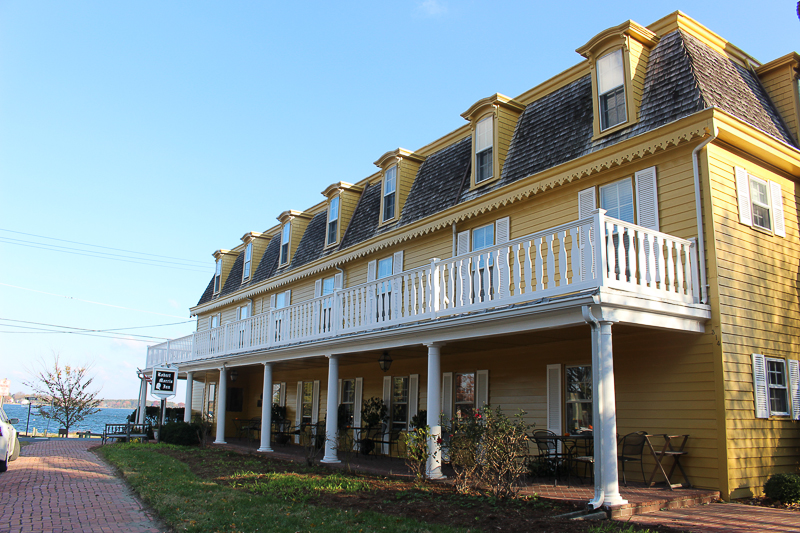 The Robert Morris Inn in Oxford, Maryland has been an anchor for the town since 1710 when it was built – and Oxford was one of the largest ports in Maryland. The building was always an inn or tavern, and  was there long before Robert Morris ever set foot in the place. It only  took on his name once the wealthy developer moved into it.

In my post Robert Morris Inn – Guest Flees in the Night, I tell the story of a guest who fled Room 1 in the middle of the night because of the ghostly happenings that went on in the room.  She left a note that described some of what happened.  What a great story that was!  I figured the guest was some kind of psychic medium who was in touch with spirits.  Those kinds of things rarely happen to me.

But during the 2014 Waterfowl Festival in Easton, which occurs annually every November,  I was given a complimentary night’s stay in the Robert Morris Inn, courtesy of my friend, Paige Bethke at Talbot County Economic Development. I was excited because I love old inns and I love Oxford.  I called ahead and let the Inn staff know that I wouldn’t arrive until after 9pm.  The Innkeeper told me that she would leave the key on the console in the lobby.  I arrived at 9:30 and saw an envelope with my name on it and a key to room 18.  I ascended the stairs and walked down the hall to my room for the night.

When I opened the door to room 18 I saw suitcases and clothes on the bed. Clearly this was mistake. There were guests already checked into room 18 so I quickly shut the door and went back downstairs. Thank God I didn’t actually startle someone in the room.

I explained the mishap to a staff person working in the bar area of the restaurant. She apologized and went for another key. I had a glass of wine at the bar while she straightened out the situation. She gave me the key to Room 1 and was so pleased to find such a beautiful, spacious corner room with two views of the Tred Avon River.

I was still a little startled from nearly walking in on unsuspecting guests in Room 18 so I carefully locked the door to my room and secured the old-time chain.  The room was very warm and there was a bitter, November wind blowing across the river.  At the time, I couldn’t remember if the was the room that the Innkeeper had told me was haunted. I stood in the room silently and looked around.  I felt nothing but a warm, cozy room.  No bad energy. No weirdness. Just a a nice room.

I worked for awhile and then went to sleep.

In the middle of the night I woke up to what sounded like a rush of wind. I was freezing. I sat up in bed and looked around. The door was closed and both windows securely closed. I got out of bed and checked the door, the chain was still secure. I walked over to the radiators and they were hot to the touch. But I was still freezing.

I chalked it up to having kicked the blankets off and I went back to bed.  While trying to fall asleep, I kept reimagining the sound of the wind that I heard when I woke up. I finally fell asleep.

When I got out of bed in the morning and walked to the bathroom, I saw about half a dozen dried maple leaves strewn across the floor between the bed and the bathroom door – just under the window. I gathered them up and discarded them.

What a mystery. There was another leaf on the window sill and more just outside the window. I lifted the window to see if it was locked (it wasn’t) and another maple leaf blew in from the outside sill. 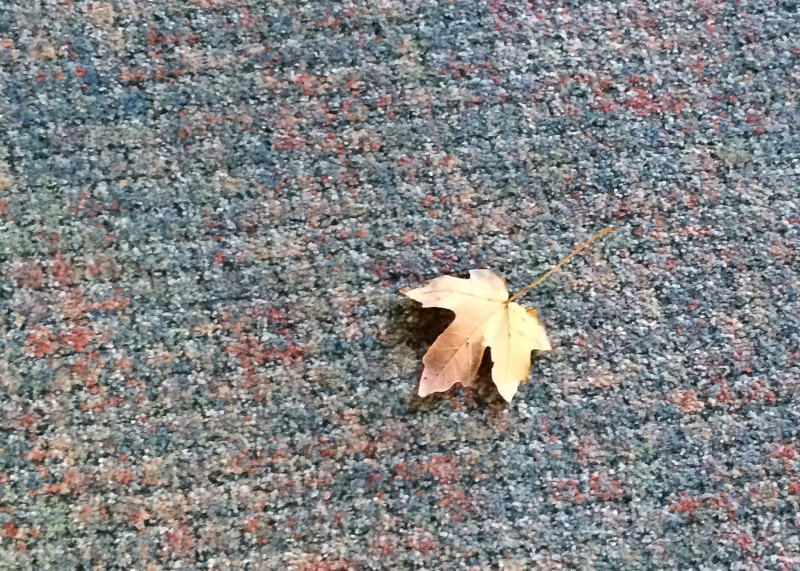 I’ll never know how those leaves got in the room. The door was still chained, and it could only be chained from the inside. But the window still unlocked and was the most likely entry point.

I pulled out my laptop and looked up my blog post on The Robert Morris Inn to see which was the “haunted room” according to my interview with the Innkeeper. It was Room 1 – the same room. This room.  The room where Robert Morris most likely died.

For me there were no lights turning off and on or heavy man with a raging fever next to me in the bed (as was the case with the previous guest who fled in the night. But there were leaves – leaves that blew in when the window opened ….. and closed…. and woke me in the middle of the night.