Col. Joseph Kemp built this Georgian home around 1805 on this prominent spot on Talbot Street in St. Michaels. Kemp was a war hero, famous for his role in the Battle of St. Michaels where he commanded a cavalry near San Domingo Creek.

The house has been a popular Bed & Breakfast for several years and both staff and guests have had encounters with something – or someone in the house. Some believe that the spirit of General Lee comes forward from time to time.

Staff at the Kemp house report seeing a blue streak head up the staircase. The shooting streak is usually followed by a door slamming shut…. when the house is unoccupied. Staff has also found that items have been moved or rearranged.

A housekeeper tells about a time she was in the house alone. There were no bookings or guest scheduled to arrive. She was doing laundry  – changing sheets, and general housekeeping duties.  She crossed the hall towards the office. Out of the corner for eye she saw and two gentlemen enter the front door and turn right into the first room. She also heard their faint conversation.

She quickly went down the hall to that  room stopping just outside the door. She heard the fellows talking quite clearly and tapped on the door and stepped into the room all the while wondering who these characters were as no guests were expected. When she entered the room, there was no one there. 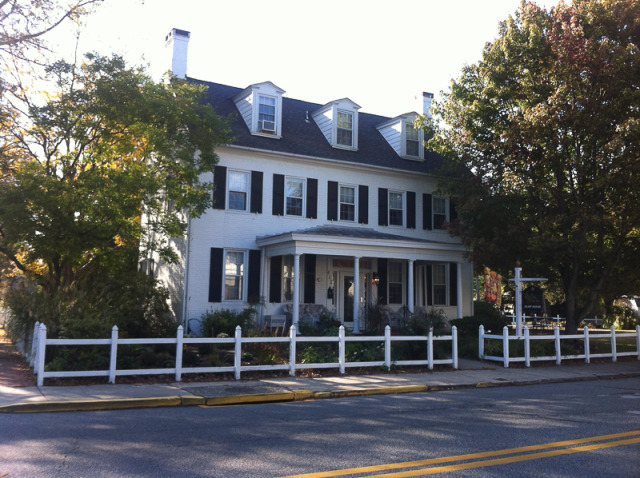 She was puzzled and backed out closing the door figuring she’d made a mistake. As soon as the door was closed the two voices were heard again coming from behind the door. Knocking a bit louder she thought perhaps they stepped into the bathroom out of her sight so she opened the door to confront the gentleman. Once again as before there was no one there. Now more than confused she went to her small office and called over to the front desk (located at the Old Brick Inn). She asked if they had sent the two gentlemen down to the Kemp House.  The person at the front desk said they sent no one, nor was anyone expected. 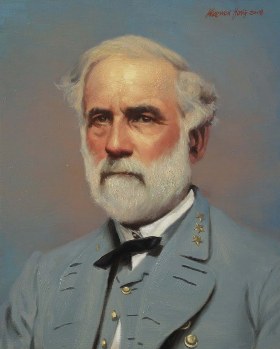 There are several more incidents – almost all featuring a two men discussing something intensely.  That conversation is frequently heard outside closed doors, but when a person enters the room to investigate, the sound ceases and there is no apparent source.

Some of the staff at both the Old Brick Inn and The Kemp House believe that one of the men is the spirit of Robert E. Lee.  An apparition of a man fitting his description has been seen in one of the second floor window – uniform and all.

Learn more about the ghost of Robert E. Lee at the Kemp House on the St. Michaels ghost walk.  Also hear about the two guests who received an interesting Christmas visitor.