Have you ever taken a night-time walk into a haunted forest?  The Pocomoke Ghost Walk trail meanders 1/4 of a mile into this thick cypress swamp while the guide tells stories of the haunted forest and spirits that lurk there.

The Goat Man of the Pocomoke River

One such story is Goat Man of Pocomoke Forest.  For years it’s been seen – a kind of Big Foot character who has a man’s body with the head of a goat – with horns.  He runs through the swampy forest very light on his feet. He survives by eating small animals and fish he catches in the Pocomoke River. You hear the Goat Man as he steps on brush and twigs in the swamp.  You know hear that noise and know that the area where it came from is nothing but marsh mud and quick sand.  No man or heavy animal could walk there.  But the Goat Man can. 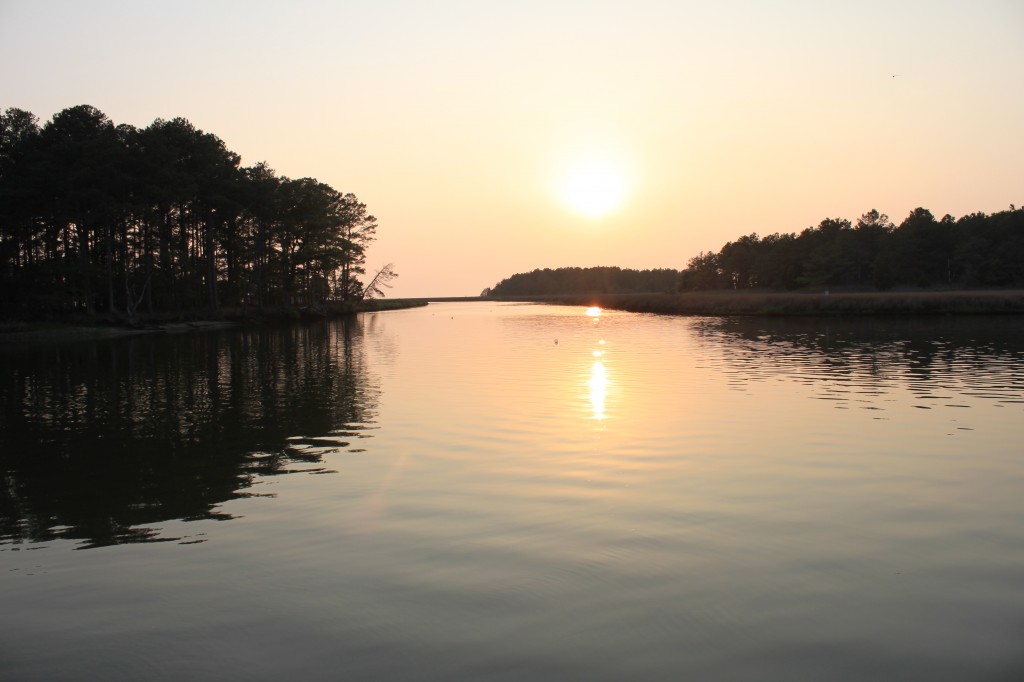 The Wandering Man and Boy

Another story is of a man and boy seen walking the shoreline on the south side of the river near where the old highway bridge once crossed.  One man who used to work at a meat processing plant on the north shoreline told a folklore student that he’s see them walking – the man with his arm around the boy’s shoulders.  They always wore the same clothes.  It seemed odd.  Then one day, the man telling the story was fishing from a boat near the same location and he noticed there was no shoreline where he’s seen the two walking.  There was only swamp and murky water with a mud bottom pierced by cypress knees coming up from the ground.  He surmised it would be impossible for anyone to walk that shoreline.  How could they have walked so smoothly?

A while later he saw the two again from where he sat and the factory.  This time he looked closer and noticed that the two weren’t actually walking — they were gliding, as if walking on top of the water. 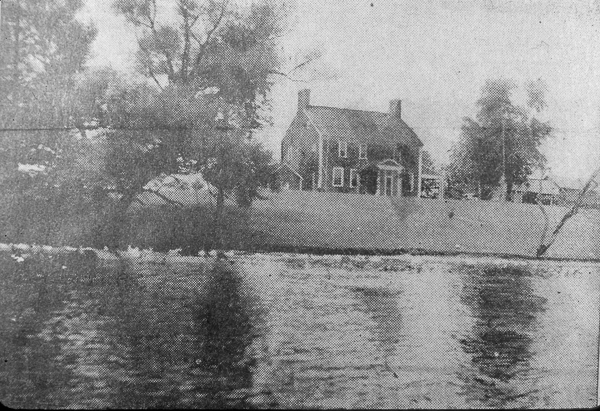 Just up from Pocomoke City sitting on a slight bluff on the north/ west side of the Pocomoke River is a house where a French sea captain, who was also a smuggler stabbed his wife to death and then fled  the country to escape persecution.  The captain had thrown his wife out of their home because he returned from being away at sea and found her pregnant with another man’s child.  After she gave birth to the baby in exile, she took her baby, boarded a raft and made her way back home  up the Pocomoke River to throw herself on her husband’s mercy. The raft capsized and the baby was drowned.  She managed to crawl to shore and confronted the captain – who killed her.  She lay dead for weeks before someone found her.  Her blood stained the floor and became the stuff of legend.  Fisherman and nearby residents still claim to hear her screaming and the baby crying when the night is particularly still.

Check our Calendar of Events   for the times when the Pocomoke Ghost Walk occurs.  It’s our only tour that goes into a forest.